Right.  I’ve updated my website and imported all the old data.  I’ve still got to work on the formatting, etc… but I think this will stay like this for the next little bit.  Hopefully this new location will help me get back into blogging.

There are probably old links that are broken.  Try searching for them.

Today, I upgraded this website backend (Yes, I’m still using Joomla).  After the upgrade, I got the following error

Fatal error: Call to a member function getInt() on a non-object in components/com_postinstall/models/messages.php on line 37

After reading lots and lots that didn’t apply, I found this:  http://docs.joomla.org/J3.2:Table_xxx_postinstall_cpanels_does_not_exist

Create a backup, then delete the following files from your site:

Is anyone else getting ssl mixed content warnings on the site?  I’ve been getting them off and on; however, I can’t figure out what it is.  Everything on the page looks to be delivered via https.  Anyone (Bill, Alan) have any ideas?

[Update 2012-12-26 08:29:33] Something (my guess = disquis) was loading a resource from facebook (http://connect.facebook.net/en_US/all.js) via http.  Stupid facebook…why wouldn’t they send that via https??  Anyway, I think I’ve disabled the login via facebook from disquis so this shouldn’t happen any more.

Since I’ve migrated the blog, you may notice some articles change order and menu items not work.  I’m working on updating these things.  If you can’t find what you are looking for, use the Search function (at the top right of the page or here).

[Update 2012-12-27 08:04:20] All the problems should be fixed; however, I’ve decided to use this page for a generic “I’ve made changes” page.  There were some things I couldn’t redirect.  For example, some code from way way way back in the day when I used phpNuke.  I’ve sent those things here…You’ll have to search if you came from a link like that.  Leave me a comment, if you would like, and I can work on fixing specific one off things…

As you can probably tell, I’ve made some changes to the website.  It looks different.  Comments are also different.  I have a few bugs to work out yet (and I might change the colors) but it is going to stay.  If you see anything broken or have problems, leave me a comment and let me know. 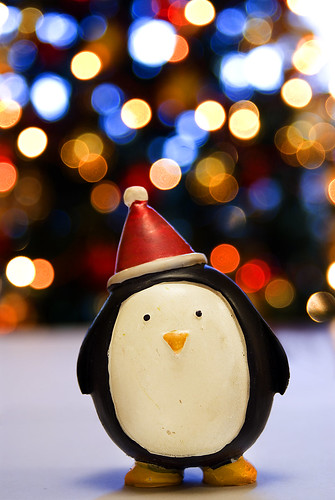 Merry Christmas from the Maxson Clan!

We just wanted to let you guys know that our time changed last night.  We “fell back” 1 hour.  So, instead of being Eastern time + 6, we are now Eastern time + 5.  I’m certain that the US didn’t change and until that happens, we’ll be an hour off.

We’ve been having many people ask us what they can send us.  When that happens, we are usually at a loss.  While there are a few things we need, there aren’t many things we really want.  We think about them on the spur of the moment then promptly forget them.  They are simply “nice-to-haves.”  So, we decided to add a wishlist to our website.

What’s the point?  Isn’t that kind of selfish?  Well, really all it will be is a place for us to put things that we have wanted.  If you want to send us something, check it out.  The purpose isn’t to ask for things, so don’t feel bound to send us anything on the wish list.  It’s just there so we can remember things.  But, if we are going to track things, I don’t want to hold that information tight.  I want to share it.

In this post, I mentioned that we were going to the US (actually, the US Embassy in Belgrade) because my passport had been washed. We decided to try and take the train to Belgrade. (In Serbian, it would be something like Путовали смо до Београда воѕом). That probably isn’t right, but it is close.

We hopped the local train here in Чачак and traveled to Пожега (about 45 min or so). We weren’t real sure where we would get off, but we knew we had to change trains. We asked the conductor (well, we tried). He got the idea and told us. When we got off, I saw him looking at the schedule and he told us a time. We didn’t really understand but didn’t know how to get a better answer. We decided we would wait and see what happened.

Well, a train came along and Београд was announced so we got on and sat down. The conductor came along and looked at our tickets. He told us we needed to pay more (I understood that) but made like I didn’t understand. I thought he just wanted to get more money from us. Eventually, he found someone who spoke english that confirmed what I thought he was saying so we paid him more динари (dinars).

The guy we met turned out to be from Italy. He, his brother, and I talked most of the way to Београд. Every little bit, the train would stop and let another train pass. We had to stop and wait at a few stations. Overall, the trip was much nicer than the bus because we could get up and walk around…however, it took about twice as long. Here is a picture we took while the train was stopped waiting:

We went to Belgrade early to see some friends. They introduced us to some of their friends, and we had a wonderful time.

While we were there, we had a chance to meet some Brothers and Sisters and worship with them. It was so amazing. We heard a sermon on Matthew 6:25-34. I found that message passage convicting to me (I say passage because I didn’t understand much of the sermon). Later that day, a few people got together for prayer. There, we heard Isaiah 61 read. That was purely God because I had read that same passage that morning and was convicted by it. God is awesome!

Monday (понедељак I think I spelled it right) we went to the Embassy. There was a line; however, we walked up to the door, showed the guy our US passports, explained what we needed, and went right in. They showed us where to go, we told a lady what we needed, and she said sit and wait. We waited < 10 minutes and were called up to a window. We told the lady what we needed, she took our money, and said they would call us in 10 days (or sooner if it was done). In the end, the whole thing took < 30 min. We didn’t get to do much while we were there. The embassy looked nothing like I thought it would inside (probably post 9/11 security measures changed everything).

For more pictures, you can look in our flickr photostream or the set with pictures of this trip to Belgrade.