“The fact that we’re here today to debate raising America’s debt is a sign of leadership failure. Leadership means the buck stops here” and “Washington is shifting the burden of bad choices today onto the backs of our children and grandchildren.” 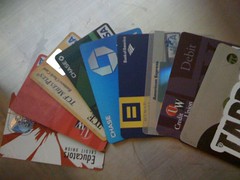 Who said that?  When?  It was Pres. Obama back when he was Sen. Obama and voting against raising the debt ceiling for Pres. Bush.

If you haven’t heard, there is a battle looming in the House of Rep. as the US debt ceiling issue is tackled.  What do I think?  Here you go…..

The US is way way way way in debt.  Too much in debt.  The government–and we the people–need to control spending.  We can’t go on spending more than we make every year.

Governments–state, local, and federal–should HAVE to have balanced budgets.  If income–tax revenue–is less than expected, either cuts should be made or increases passed.  I would make one exception to this:  in times of war or extraordinary circumstances, the Federal Government should be allowed to borrow money…for that specific thing.

One Reply to “Debt Limit”